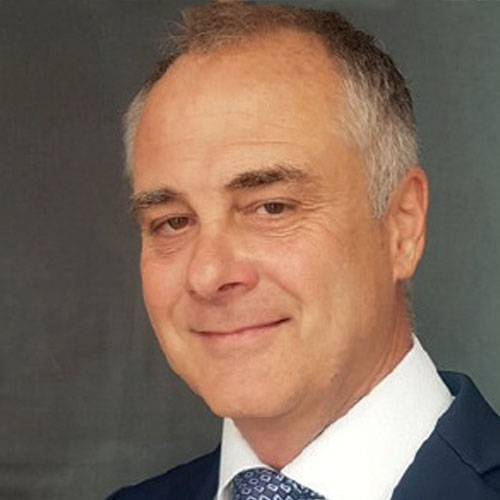 Created the vision and led the design for SLU since 2018. Former Chief Investment Officer at Société Générale Asset Management and a Consultant with Elliott Advisors. He is an expert in natural resources and associated technologies.

Stéphane Lamoine started his career in 1987 as Investment Manager with Rothschild in charge of the Natural Resources Mutual Funds where he specialized on disruptive production technologies. He later became Chief Investment Officer of Société Generale Asset Management (SGAM), where he lead the structuring of standardized investment products and technology driven decision processes and helped Socgen become a world leader in Natural Resources.

He then switched to Investment Banking, creating the European branch of Canaccord, while developing Proof9 Inc. with Mbarek Ouazragh, a database integration system and analytical platform for investment managers. They both joined Elliott Advisors and developed a proprietary arbitrage system for worldwide equities.

In parallel, Stephane created Alexander Mining Plc, developer of a green process for the production of metals from oxide ores, that was introduced on the London Stock Exchange in 2005. Stephane and Mbarek created Iskandia capital Fund in 2007, a systematic statistical and fundamental arbitrage hedge Fund based in Geneva. Stephane, Marc Samuel and Pierre Levin launched Beam in 2015.

Stéphane is an engineer from Ecole Centrale des Arts et Manufactures, holds a PhD in Numerical Analysis from University Pierre and Marie Curie and is a French Financial Analyst (SFAF). He is happily married with 6 children and is an avid sailor and skier. 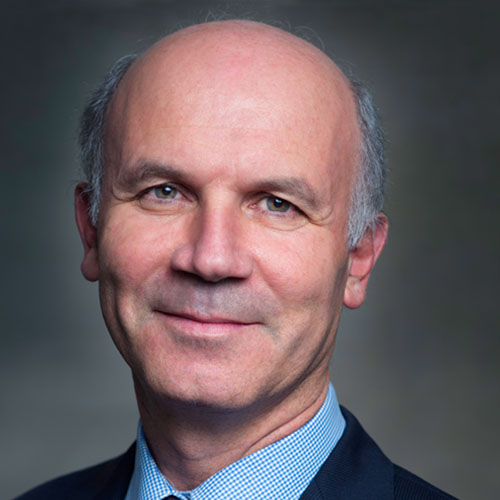 Chairman
of the Board

Created the vision and led the design for SLU since 2018. Former CEO of Edmond de Rothschild Bank. He is an expert at structuring and management.

Chairman of the Board 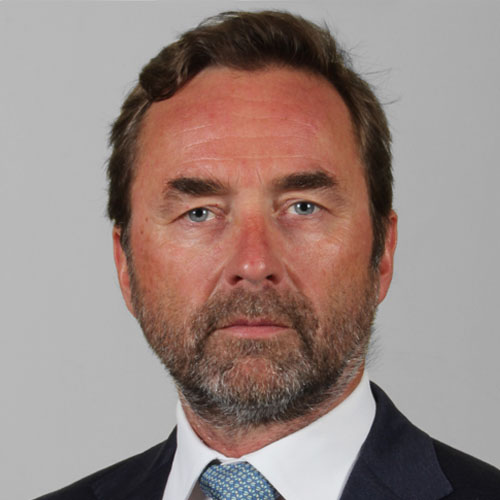 Director of Trading and Board Member

Created the vision and led the design for SLU since 2018. Director of Supply & Trading at LITASCO, General Manager Products Trading & Risk Management Worldwide for Total Trading. Expert in structured trading and project management.

Director of Trading and Board Member

Experienced Advisor with a demonstrated history of working in the international trade and development industry.

Over 30 years of experience trading various oil products and managing global physical oil trading and derivative operations. Mikael worked for OK Petroleum, Elf Aquitaine, Total Oil Trading SA (TOTSA) and most recently Litasco as Global Head and Director of Trading. Currently Mikael is holding a position in Audentia Global, an alternative credit fund, as Head of Physical Trading and is a Board member, co-founder and Director in Iskandia Energy and SLU Enterprise. Mikael is the owner of Auriga Commodities SA, a trading and advisory company. 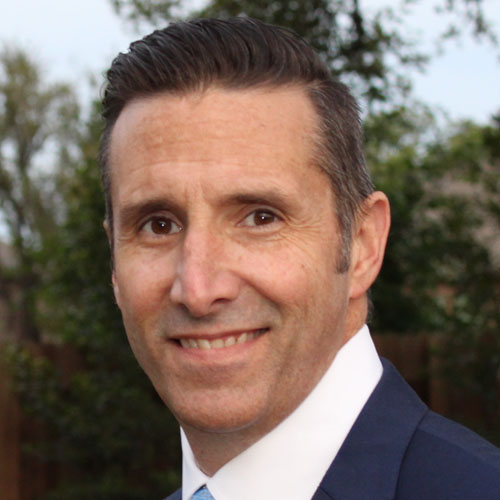 Oil and Gas Industry Executive, 25 years of successfully providing and managing engineering, asset valuation, field development and reservoir characterization consulting, new data and analysis technology for conventional/unconventional plays, and providing upstream and financial executives with high level investment guidance. Have developed a great network of friends and relationships, supporting some of the most successful leaders in our industry to get the most out of their investment decisions, and building and growing profitable business.

* Developing/implementing good strategies/vision, assembling high performance teams and leadership to improve the lives of those around me. 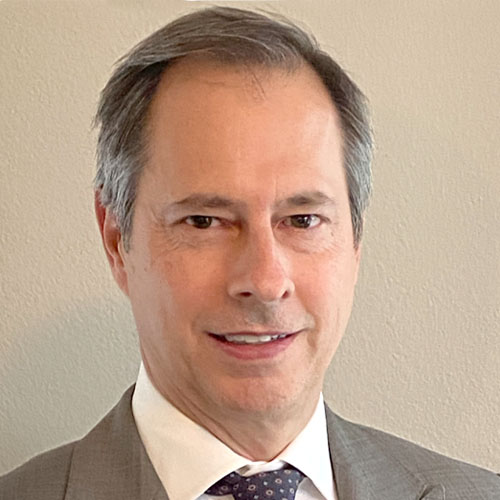 Former Cerberus Capital Management executive where he was CIO for Cerberus’s UK insurance company and senior PM for Aozora Bank’s leveraged credit business. Previously he was an investment banker with Salomon Brothers and CIBC.

Daniel leads SLU Enterprise’s relationships with investors. He is focused on generating investor interest in the Super Location investment offerings and ensuring that they are compelling to new investors.

Daniel has spent his entire 30+ year career in investment banking, private equity and investment management. After graduating from Yale University, he joined Brown Brothers Harriman & Co. as an analyst in the Corporate Finance Department in New York and Tokyo. After business school, Daniel joined Salomon Brothers in New York in their Investment Banking Division where he focused on leveraged finance and private equity sponsor coverage then later at CIBC World Markets with a similar role in Los Angeles.

Daniel left CIBC to join Cerberus Capital Management in their Tokyo office where he focused on financial services and was seconded to Cerberus-controlled Aozora Bank where he started the bank’s high yield credit investment business. After a successful IPO of the bank, Daniel moved to London where he co-started an insurance company with Cerberus and was its Chief Investment Officer. Most recently, Daniel co-founded a successful investment advisory business in London before moving back to the U.S. to join SLU Enterprise.

Daniel holds a BA in Economics from Yale University and an MBA from the Tuck School of Business and Dartmouth College. 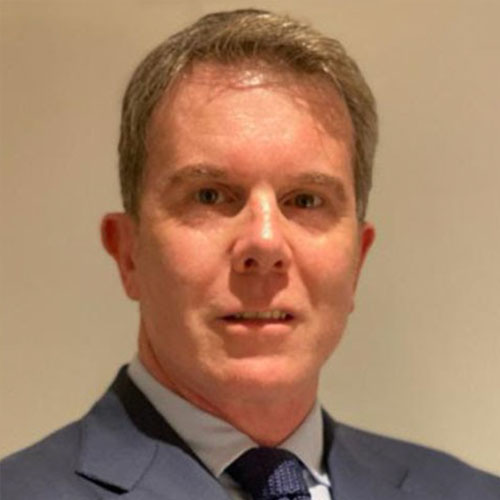 Michael is also head of business development for TET. With 20+ years’ experience in pension fund consulting and business development, he is an expert at communicating complex investment concepts and solutions to institutional investors. Michael has worked at bFinance, and held senior global roles in alternatives at Amundi Alternative Investment Management and Aberdeen Asset Management, amongst others. 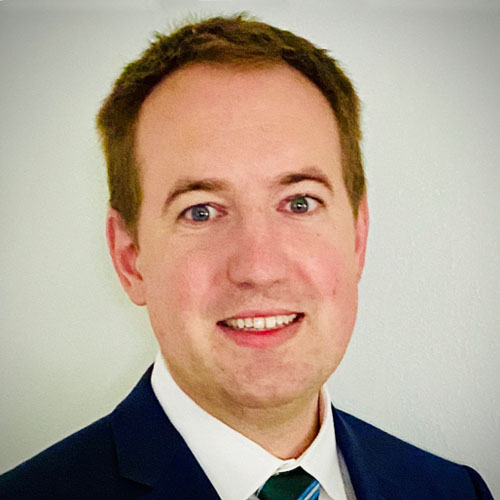 Created the vision and led the design for SLU since 2018. Oil & Gas Landman with expertise in Unconventional, Conventional and EOR. (Denbury Resources and Dale Resources) MBA, Rice University and BS in Finance, Trinity University.

Created the vision and led the design for SLU since 2018.

Eric Unverzagt has served as the Director of Land and Business Development at Iskandia Energy for the past 3 years.  He has 14 years of direct oil & gas experience managing all land aspects of oil and gas development.  Mr. Unverzagt originated, negotiated and closed Iskandia’s most recent acquisition, currently the highest return asset in Iskandia’s portfolio.  Following the acquisition Mr. Unverzagt led operational enhancements which increased production by over 30% in the first year.

Prior to Iskandia, Eric spent 8 years at Denbury Resources as a Landman managing strategic and bolt-on acquisitions and development that generated over 25,000 Bopd.  Eric also managed the drilling of 153 wells along with all aspects of CO2 enhanced oil recovery necessary to push four fields from a combined 5,000 Bopd to over 30,000 Bopd encompassing a combined investment of $2 billion.  As the longest term member of Denbury’s development-focused multi-disciplinary teams, he managed virtually all executive facets of the oil & gas industry, including marketing, investor relations, governmental relations, operations and M&A.

Mr. Unverzagt has worked as an independent landman for Dale Resources, Chesapeake Energy, and Chief Oil and Gas.  He has worked across several different conventional and unconventional basins, including the Permian Basin, Scoop, Barnett Shale, and the Gulf Coast.

Eric received a BS degree in Finance from Trinity University and an MBA from Rice University. 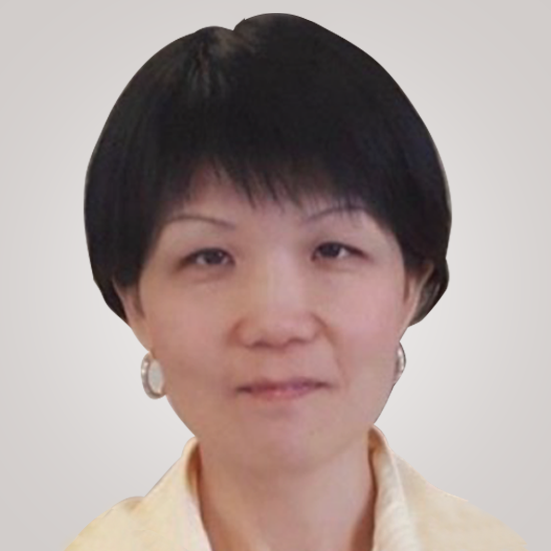 With 25+ years’ experience, she is an expert in accounting/reporting for both public and private companies. Leying has spent 11 years as corporate controller at various publicly traded oil and gas companies.

Leying is finance director. With 25+ years’ experience, she is an expert in accounting/reporting for both public and private companies. Leying has spent 11 years as corporate controller at various publicly traded oil and gas companies, including Rooster Energy, GeoMet, Key Energy Services and Dynegy. 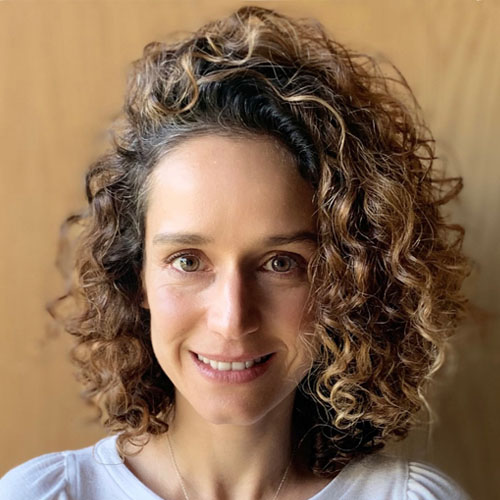 Sustainability and other environmental, social and governance (ESG) issues have finally become the number one consideration of American E&Ps. Georgina leads the ESG efforts within the Group and has successfully integrated an innovative Environmental Strategy for SLU and its stakeholders.

By personal choice, Georgina was in charge of the Art and Environmental Fund Raising events and initiatives at Deutsche Bank Mexico. Art became her passion so she co-founded a contemporary Art Consulting Firm (ATRIL) that has developed her creative side and has gifted her with a refined and balanced eye.

Georgina joined the Group with the mission to clarify the marketing message and mission statement to investors of an E&P who’s unique differentiating factor was to produce oil in the cleanest possible way with a significantly reduced environmental impact. (TEO) The effective ESG positioning and communication strategy that Georgina implemented was used by the team to assist in a successful round of fundraising in 2020 from institutional investors looking for suitable ESG/Positive Social Impact investments. This is a significant endorsement of TEO as no other capital was raised by any E&P in the USA. 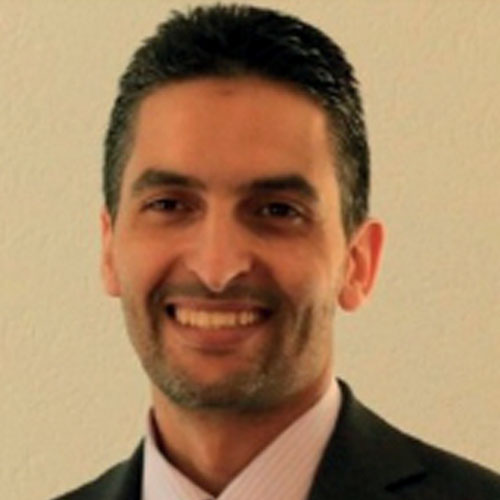 Director of IT
IT Architect

Infrastructure and Processes Mbarek has developed large database systems, trading platforms and ledgers. He was previously with Elliott Advisors.

Director of IT, IT Architect

Mbarek leads the IT team developing the infrastructure around the SLU Market Place.

Mbarek’s expertise and talent is backed up with almost 25 yrs of vast experience and various successful cutting-edge projects.

He worked in Heterogeneous Database Integration System Datanet Proof9 Inc. (1996 – 2000) and Decision Backtesting Solution Proof9 Inc. (2000 – 2002) to then join Elliott Advisors (2003 – 2007) where he focused in an Automatic Trading and Settlement Platform.

From 2013 until 2017 Mbarek developed an Electronic Invoicing platform – Voxel – who operates 1 million transaction/day.

Mbarek continued creating platforms in B2B and B2C: During 2017 and 2018 he developed a Ferries booking platform while already developing a B2B VAT refund Platform for FastVat in 17 different languages. The completion of such a sophisticated platform took 6 years and has recently been completed in 2020. Mbarek has continued to create successful platforms nonstop. 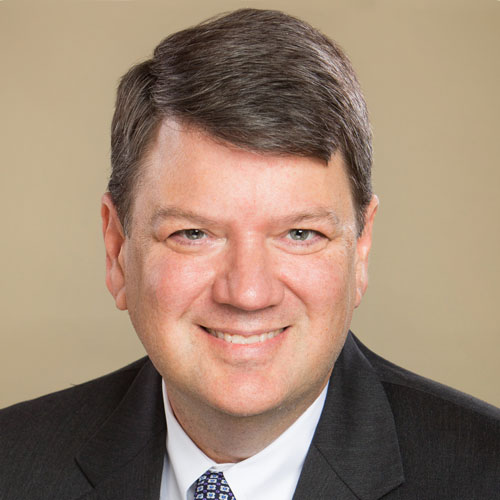 Dan has been in the O&G industry for 25 years in operating and consulting companies. Holds BS and MS degrees in Petroleum Engineering from New Mexico Tech, an MBA from Texas A&M. Dan is a PE in Texas.

Dan leads SLU Enterprise’s technical team. His focus is on ensuring that all stakeholders have the information and analysis required to fairly value their investments.

Dan has been in the oil & gas business for nearly 25 years in staff engineering and technical management roles at both operating and consulting companies. After completing technical rotational training in the Drilling, Geology, Construction, Production, and Reservoir disciplines in the Offshore Gulf of Mexico division of Amerada Hess Corporation, Dan worked as a Reservoir Engineer in the Gulf of Mexico Shelf Business Unit. Following Hess’ strategic exit of the GOM Shelf, Dan joined Object Reservoir as a Project Manager, delivering custom reservoir studies to clients.

Following a brief time at Woodside Energy (USA) Dan joined Phoenix Exploration Company as a Senior Petroleum Engineer and Corporate Reserves Coordinator where he undertook field studies on South Louisiana and GOM Shelf assets and handled the technical reserves and bank redetermination processes through the successful sale of the company.

He then produced or contributed to a number of SEC reserves reports for a Houston-based reserves consulting firm before joining Breitburn Energy Partners as a Senior Staff Reservoir Engineer. During this engagement Dan managed technical professionals in Houston and California and was exposed to assets in multiple domestic basins ranging from Los Angeles to South Florida.

Dan holds a BS in Mathematics and a BS and MS in Petroleum Engineering from New Mexico Institute of Mining and Technology, a Siv. Ing. in Petroleum Technology from Stavanger College, and an MBA from Mays Business School at Texas A&M University. He is a Licensed Professional Engineer in Texas. 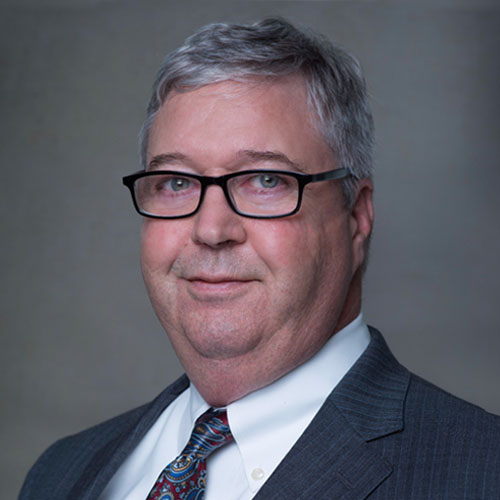 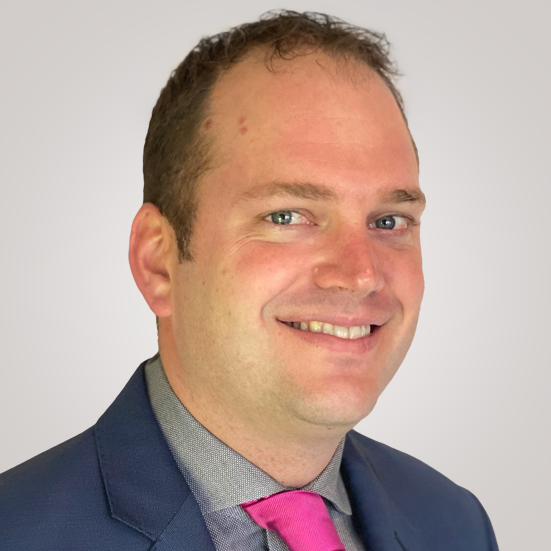